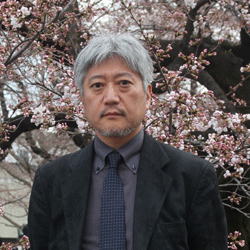 The twenty-first century, this word once meant a wonderful future. The world had been imagined as follows; Human beings have gone into space and lived in a torus shaped artificial satellite. On the earth people live ordinarily with robots which have highly-developed artificial intelligence and they can make conversation anytime anywhere by mobile communicator. However the world dreamed once has not been realized yet except for the last one, mobile communicator, although more than one decade has already passed in this century.
Let's see the real twenty-first century. Severity in environment of our society has been increasing including repeated economic crises, intensifying competition among countries, serious damage caused by natural disasters, especially in Japan, high exchange rate of the yen and decrease of population and so on. It may have been a acceptable procedure for manufacturing industry that decision is made by analyzing factors including economic trend, industrial trend, changes of consumer's needs and so on and applying prediction scheme of each company. However it has probably been difficult to forecast the change of society using conventional prediction scheme. Manufacturers are enforced to correct production plan and target of development of new product derived from their usual business index whether they are large or small.
On the other hand it is also the reality that there is a movement which intends to achieve innovation of technology by discovering new life style of the whole world. There are a lot of subjects of innovation, namely, development of renewable energy, development of technology which reduces environmental loading, improvement of working environment applying robots or power assist tools, development of completely new functional material, and so on. It is difficult to create excellent product by only one manufacturer. So it is needed that many manufacturers which have different scale and techniques should collaborate. So few large manufacturers not only need simulation. Optimization using simulation can also be applied to make more high quality and low cost products even in the case of small parts in a large mechanical system.
We are taking advantage of the changes of industrial structure constructively. Then we propose the latest simulation technology adapting to each manufacturing environment. Let's try to realize the wonderful twenty-first century.